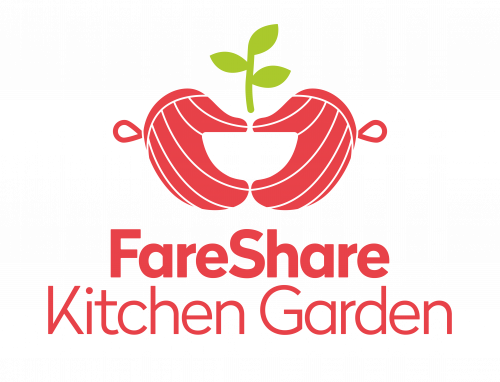 Get Involved with FareShare Kitchen Gardens

You can help us grow healthy food for people in need by supporting our kitchen garden program. Our costs include rostering and supporting almost 200 garden volunteers, substantial water bills, tools, seeds, mulch and fertilizer.

FareShare Kitchen Gardens welcome donations of materials and services. We currently need seeds. If you have a garden donation, please contact us today.

Volunteer in the Garden

Our kitchen gardens are tended by an enthusiastic community of hard-working volunteers. It's tough but rewarding physical work which includes weeding, propagation, planting, harvesting and composting. You can also book a garden corporate volunteering shift.

About our Kitchen Gardens

To cook 1.7 million, nutritious meals this year, FareShare needs a constant supply of quality ingredients. Sourcing enough fresh vegetables in Melbourne to meet the growing demand for meals from charities is one of our biggest challenges.

FareShare Kitchen Gardens is tackling this problem head on by growing our own vegetables on three sites in and around Melbourne to supplement rescued produce. In 2019 we produced nearly 70 tonnes of fresh vegetables to add nutrition to our meals. Download our Garden Manual to see how we did it and for tips on growing veggies in Melbourne.

The program uses small plots of disused land to create vibrant community assets run by around 200 volunteers under the supervision of horticulturalists. Watch how we started on Gardening Australia and see our trial sweet potato planting on Landline.

FareShare has created a large kitchen garden in the heart of Melbourne on VicTrack land close to our Abbotsford kitchen.

Established on VicTrack land with assistance from 3000acres, the kitchen garden now grows a range of vegetables on 70 beds tended by volunteers.

The crops grown including zucchini, turnips, carrots, parsnips and leeks have been put to good use in the FareShare kitchen. A trial planting of sweet potato varieties produced a bumper crop in 2017 and has now become a staple. A disused plot of land on one of Australia’s busiest airports has been donated by Moorabbin Airport Corporation and the Goodman Foundation to grow vegetables.

The kitchen garden, located next to the Australian National Aviation Museum, comprises scores of raised beds which have been planted with root vegetables, greens and herbs. The garden has contributed valuable turnips, carrots, zucchini and silverbeet to the FareShare kitchen.

Commercial flower, herb and vegetable grower Les Baguley has provided FareShare with the opportunity to grow vegetables at scale on his prime farm land in Melbourne’s outer fringe.

His family farm in Clayton South is enabling FareShare to grow a wide range of vegetables with a focus of generating yield. In the 2018-2019 growing year, the farm produced  more than 50 tonnes of vegetables for the kitchen.

Volunteer shifts operate on Mondays, Tuesdays and Thursdays and require a good level of physical fitness. There are immediate volunteering opportunities on the Baguley farm. How to grow veggies in Melbourne

Interested in growing food in Melbourne? The FareShare garden manual could be just the tool you need. 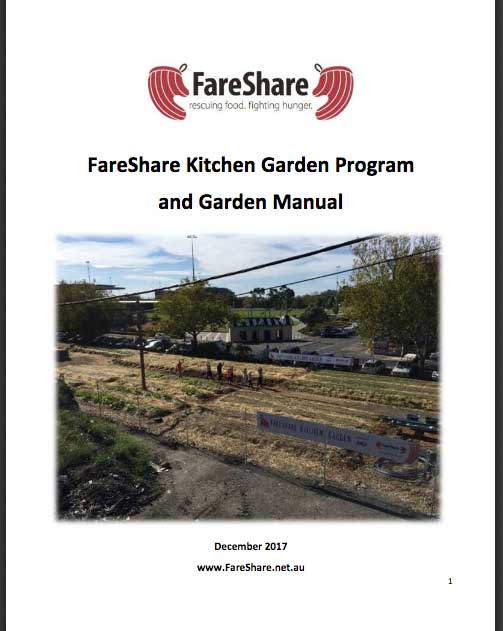 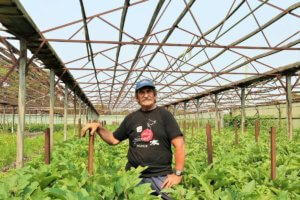 How Les turned crisis into vegetables for FareShare

Back in 1999 Les Baguley was working a 100-hour week for Australia’s biggest flower growers in Melbourne’s Southeast. Born into a business started by his parents, horticultural legends Frank and Isabel, Les could scarcely have imagined how his life would change when aged just 47 he suffered a catastrophic stroke.

Marnie Dixon decided to volunteer with FareShare because she witnessed first hand the benefits of our meals to struggling women and their families. The garden volunteer worked for more than 21 years as an outreach community nurse and midwife supporting homeless women and families in inner-city Melbourne. As a first

The beginning of the year marks an exciting time for FareShare’s kitchen gardens as we move into our most productive growing season. Following last year’s spring plantings, we are reaping the results of our garden volunteers’ careful tending and hard work over the past few months. We are now regularly

FareShare has enjoyed a record-breaking year in our Melbourne kitchen gardens producing 48 tonnes of vegetables this year – a 28 per cent increase on our entire crop for 2018. With a total of 1.5 acres under production at our Abbotsford, Moorabbin Airport and Clayton South sites, FareShare’s 152 garden

Making the news with our urban kitchen gardens

Gardening Australia was one of our first visitors

Our work to convert disused land into edible gardens has attracted a lot of attention.

Gardening Australia’s Jane Edmanson reported from our Abbotsford garden in our first growing season.  Find out what she made of the experience which included an inspection of vegetable preparation in our kitchen. 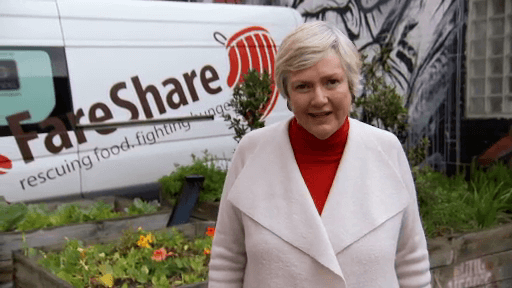 The first harvest of Melbourne’s largest planting of sweet potato took place in our kitchen gardens in 2017.

The cultivation of a global staple, rarely seen in Melbourne gardens, is part of an innovative partnership between FareShare and the Burnley Campus of the University of Melbourne.

The low GI, versatile and easy-to- prepare sweet potato is a welcome ingredient for FareShare’s nutritious meals. It also enables FareShare to better support migrant groups and develop more culturally-appropriate recipes. The sweet potatoes are  being used in a variety of FareShare dishes including curries and soups.

IN A country as big as Australia, it’s hard to understand why you would squash a farm between a rail line and an inner-city parking lot. But, that’s just what has happened alongside Victoria Park train station in central Melbourne, and for good reason. Nothing more than a dumping ground for old mattresses and broken bottles 12 months ago, the land is now a 3000 square metre garden supplying vegetables to Abbotsford’s Fareshare kitchen, where one million meals a year are cooked for charities.
Read Weekly Times Article 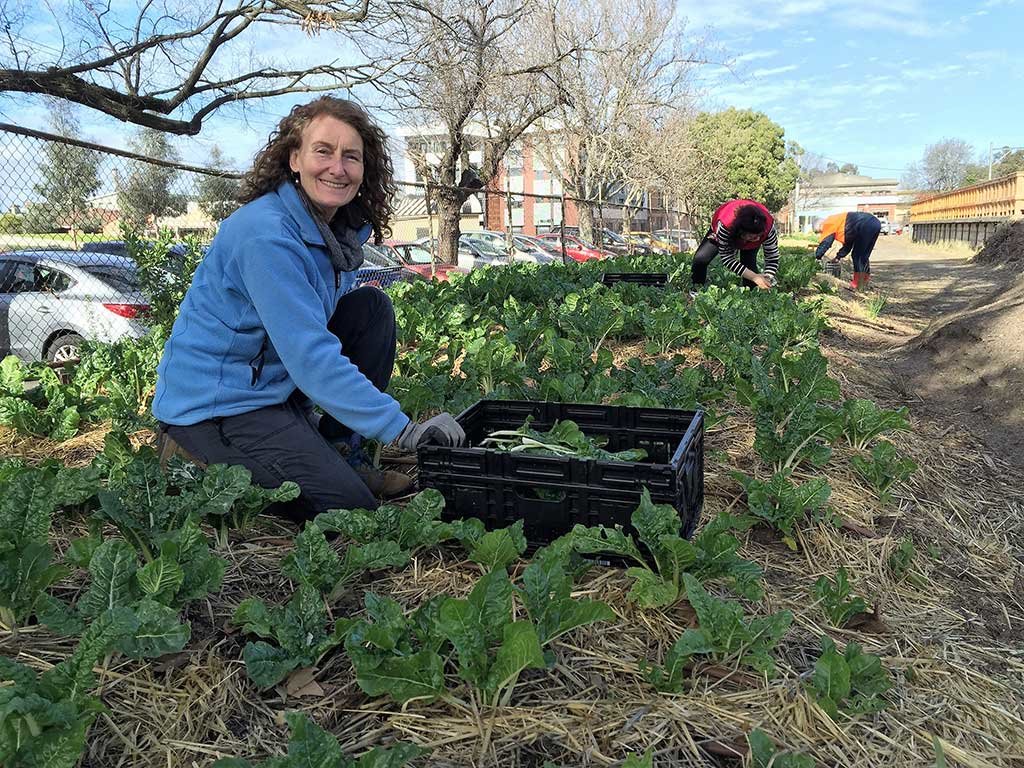