‘So much more than a meal’

For an isolated, elderly person, a FareShare meal can mean much more than a full belly.

When David, a lonely pensioner, asked for a meal, he gained a new ‘family’ and the human connection that was missing in his life.

David never married and worked all his life on the minimum wage. When he retired, he found his aged pension was not enough to cover his rent and modest living expenses. It wasn’t long before he was living in his car.

Once he accepted his first free meal, David’s life improved dramatically. He became a frequent visitor to the House. Volunteers there made sure he had food every day and a nutritious FareShare meal to heat up in winter. They even secured a caravan for him to live in.

“They come here for a meal, but they develop friendships and this makes them feel like they matter,” she said.

David told her he considered some of his new friends from Rosedale his ‘family’.

Sadly, David was diagnosed with cancer. Once again, Rosedale was there for him, taking him to appointments and rallying around him with FareShare meals.

Four months after his diagnosis, David died with a new ‘family’ member at his side. His last words were ‘you guys have truly been my friends’.

Heather says without FareShare meals, David’s final months would have been miserable. More importantly, he would have faced them without his new family.

“The value of a meal shared is immeasurable and is so important to people like David who would have no one otherwise,” says Heather.

As Heather says, what we cook in our kitchens is ‘so much more than a meal’.

“The connectivity for the gentleman meant so much to him and to have his last words recognising the friendships he made because he came here to be fed, still brings a lump to my throat,” she said.

If you would like to support people like David this winter with ‘so much more’ than a meal’, please donate to our Winter Appeal.

For many of us Christmas lunch is one of the most nutritious meals of the year and a festive highlight. But it’s also the time when we spend the most and waste the most. This Read more… 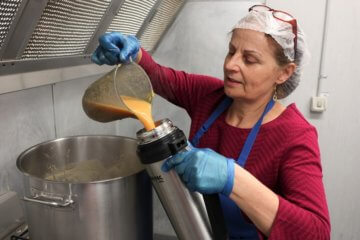 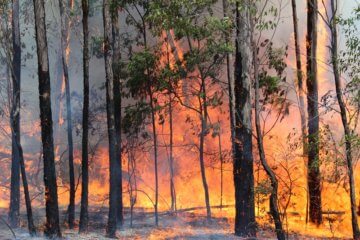 Horrific bushfires have ravaged farming communities in South East Queensland in one of the worst starts to the bushfire season. We were able to assist the recovery effort by sending 3,000 meals to the hard-hit country Read more…