In 2021, the top FareShare FootSteps Challenge fundraising team was Team BKK. Over the two-week duration, they managed to raise over $29,000, a FootSteps team record!

Their team consisted of 12 members, mostly BKK employees, who gave it their all. We sat down with them recently to find out why they chose to participate, their secret to success, and why they’ve signed up to do it all again…

BKK is an award-winning, Melbourne-based architecture and urban design studio with a vibrant team environment, a collaborative approach, and an enduring optimism and passion for the city of Melbourne.

They are proud of their innovative and progressive attitudes within their organisation. This includes a culture of continual learning, working with industry leaders, developing a Reconciliation Action Plan, and aligning with charitable organisations like FareShare.

Why BKK chose to participate in FootSteps

BKK were particularly keen to participate in FootSteps because of their belief in FareShare.

“We are enthusiastic supporters of the work FareShare does in our community,” BKK studio assistant Beck Williams says. “Providing cooked meals to people who need them is a crucial service in the current climate, especially after the last few years!”

The FootSteps Challenge also provided the BKK team with a fantastic opportunity to get in some much-needed exercise during one of Melbourne’s countless Covid lockdowns and to shake off those winter layers.

“Providing cooked meals to people who need them is a crucial service in the current climate, especially after the last few years.”

The keys to BKK’s success during FootSteps

Because of their strong belief in FareShare and their desire to stay active and fit, many of the BKK team members took the challenge very seriously.

“BKK are lucky to have some high achieving individuals in our team,” Beck says. “Our Senior Associate Deb Adams kept the competition fierce, and the rest of the team did our best to keep up!

Those who lived in close proximity partnered up to walk, run and ride together, which really helped keep the team’s motivation levels high and provided some valuable team building.”

The Strava app also helped immensely, with their team getting very creative (see picture below)! 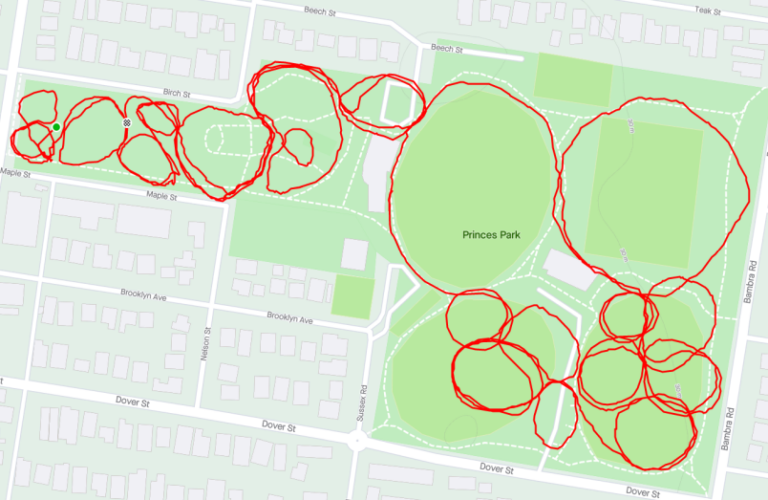 By the end of the two-week duration, members of the BKK team had managed to clock up massive distances: Tim Black – 342km, Deb Adams – 258km, Jordan Bell – 195km … the list goes on.

Another key motivator behind their success was a healthy sibling rivalry between BKK Principal Tim Black and his brother Chris Black, who flew the FootSteps flag as a member of the Alexander Funds Management team.

“We have had a lifetime of sibling rivalry, so it wasn’t difficult to spur this competitive spirit into action in support of Fareshare,” Tim says.

According to Tim, there is still some conjecture over which team came out on top: “Chris will tell you that Alexander Funds Management won on total distance [1,662kms vs BKK’s 1,509kms], while we will (rightly) tell you that the BKK Team won on total funds raised [$29,200 vs $10,185]!”

Quite possibly to Chris’ chagrin, the BKK team fundraising pool was certainly aided by the quiet assistance of Rich Davies from Roadnight Capital, who partnered with them.

“Rich was by far and away our most successful fundraiser, and we were really grateful for all those who supported him,” Tim says.

What tips would you give this year’s participants/teams?

As our final question to the BKK team, we ask them if they have any advice to offer other teams.

“If you’re overwhelmed at the thought of clocking up long distances, keep your goal achievable and reach out to your friends and family for support,” Beck says. “The focus is on fundraising after all. FareShare needs the funds to keep doing the good work!”

We look forward to seeing if Team BKK can replicate their success this time around.

And although they have set a very high bar, we’re confident that at least one team can surpass their fundraising efforts this year. Could it be BKK? Or could it be you? Learn more about how you can step up to the plate as a team (or an individual) today! Or sign up here:

Read more of our news stories 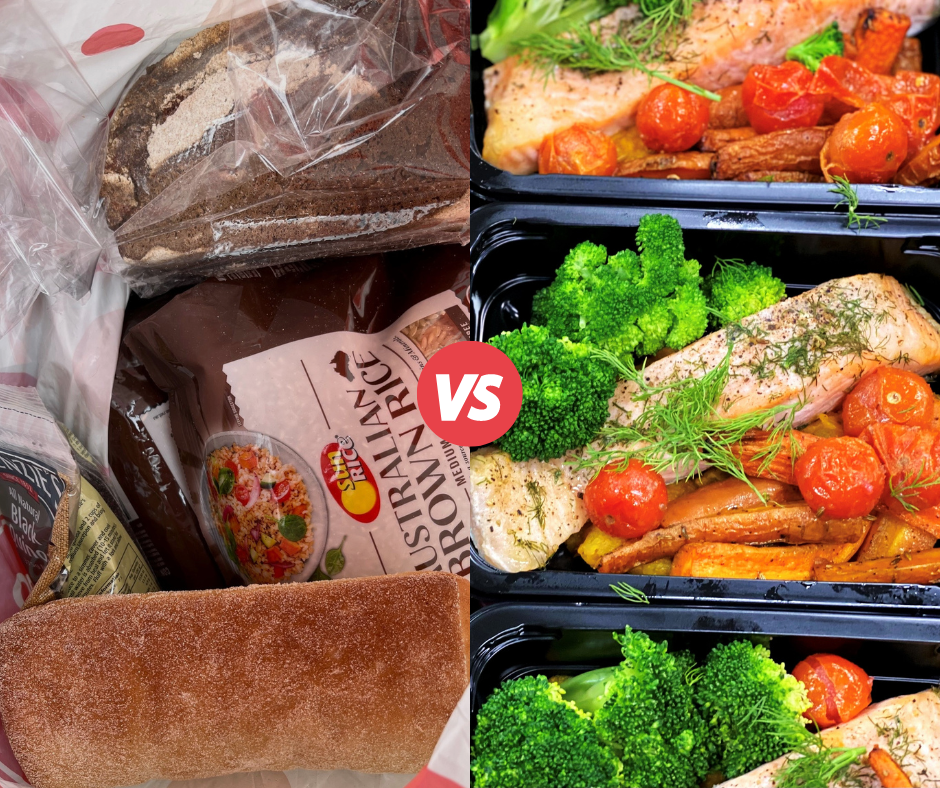 Why Simon loves FareShare’s meals the most

Out of a job but not nutrition – why Simon loves our meals All it takes is a bit of bad luck to find yourself in a queue for food relief – just ask Simon. 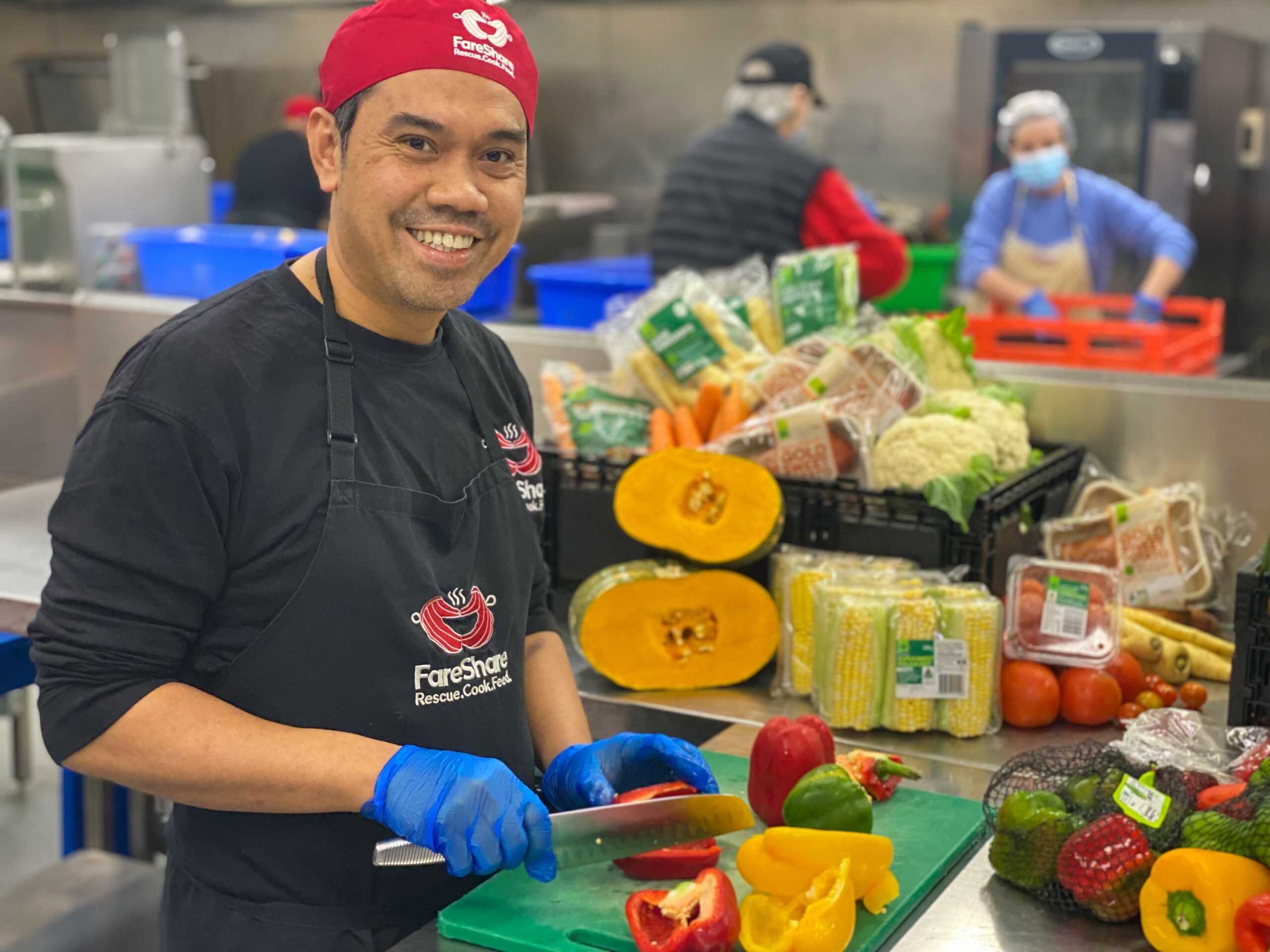 FareShare & Woolworths: how small change can make a big difference

From 16 Aug-13 Sep, Woolworths are generously donating 50c from every homebrand ready meal and asking customers to round up their totals to support FareShare. Learn more here. 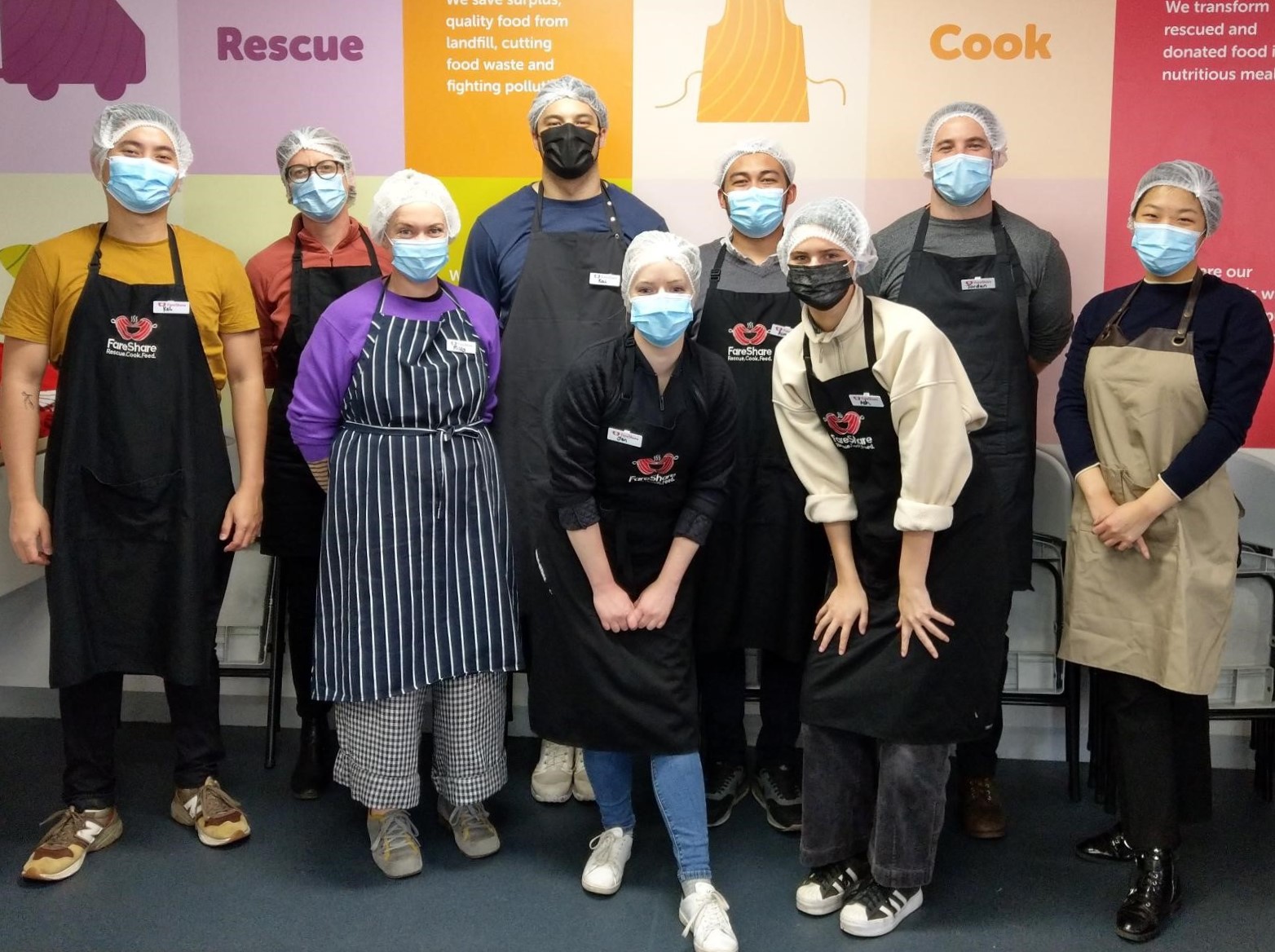 We sat down with Team BKK to find out why they chose to participate in FootSteps last year, their secret to success, and why they’ve signed up to do it all again!