Our Abbotsford kitchen has been cooking healthy meals for around 20 frontline Gippsland charities since 2013 and they have never been more needed.

Traralgon Salvation Army minister Janine Skinner said at the start of the pandemic she was seeing a lot of single, older gentlemen seeking food relief, but that had since changed to young families who had never sought help before.

“We are seeing a lot of new people seeking food. Middle class families with kids and single mums for the first time.

Recently, I had a young mother of three come in, just to talk. When she left, I asked if I could give her three or four cooked casserole meals and some tins of food. She was almost weeping when I offered it to her. She is an example of the new faces we are seeing.”

ENGIE CEO Augustin Honorat said helping reinvigorate the LaTrobe Valley was a priority for his company.

“This milestone shows what can be achieved through enduring and innovative partnerships, meeting critical needs where we live, work and act for the future of communities,” Mr Honorat said.

“FareShare is committed to delivering the next quarter of a million meals to these frontline charities and to continue supporting those in need in their communities,” he said. 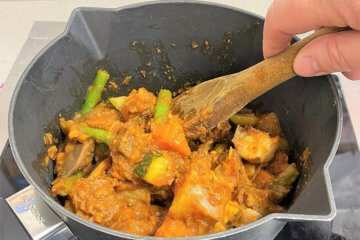 Nick says thanks for easing heartache and hunger

If one person can sum up the misery of 2020, it’s Nick.   He is one of tens of thousands of people who received FareShare meals for the first time this year after losing his Read more… 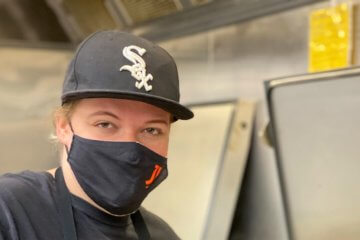 FareShare chef Thea Whitaker moved to Melbourne in 2019 after meeting Australian partner Rama in the African jungle on the set of I’m a Celebrity… Get Me Out of here! Hailing from Cape Town, she Read more… 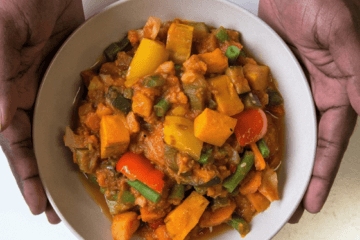 The people our chefs and volunteers cook for are always front of mind when we prepare our nutritious meals. Receiving a review from a meal recipient is a gift. Ryan, a former chef, shared his Read more…