A date with Gardening Australia

Published by lucyfarmer on March 1, 2017

Presenter Jane Edmanson visited our first garden back in September last year as we were pulling up carrots.

Garden manager Susie showed Jane around the 70 beds alongside Victoria Park railway station and explained our strategy to plug gaps in our supply of rescued veg, with a focus on root crops such as carrot and turnip.

The ABC film crew then followed our garden ute back to the kitchen to see how we are incorporating the home-grown veg in our meals for people in need.

No story about FareShare is complete without cooking so general ops manager Kellie Watson led Jane on a tour of the kitchen where our chefs and volunteers served up veggie pasta and lamb casserole using ingredients harvested in the garden.

The kitchen garden, supported by RACV, was established in January 2016 on a waste ground between the train tracks and Victoria Park oval. Since then it has produced 3.3 tonnes of fresh vegetables including zucchini, carrot, parsnip, turnip, leek, capsicum, eggplant, silverbeet, peas and parsley.

You can see all the action here. Watch out for a number of garden volunteers who have cameo appearances and interviews. Happy viewing. 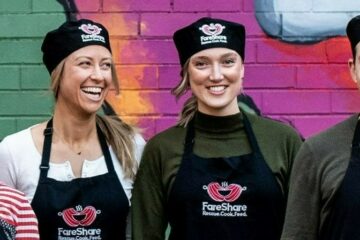 MasterChef contestants hang up their aprons to move for meals

Eleven of the MasterChef Season 13 contestants, including top 5 finalists Kishwar Chowdhury and Elise Pulbrook are getting the gang back together to form a superteam to move for meals in the FareShare FootSteps Challenge. Read more… 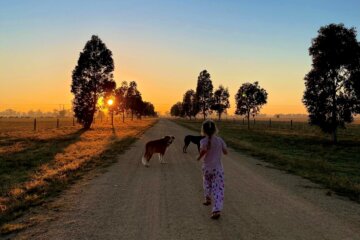 She loves to gallop “like a unicorn” and now six-year-old Emma Reade is using her energy to move for meals for FareShare. The inspiring prep student, who lives on a property in the locked-down region Read more… 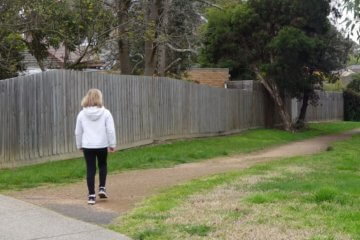 She’s only 10 but Emily has already tackled the FareShare Footstep Challenge by walking around her local block. A month before the Challenge gets underway, the Year 5 student has completed a double marathon all Read more…